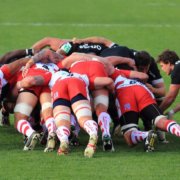 I’m slowly getting into podcasts. Yesterday, I figured I’d listen to whatever is currently the most popular one. According to Apple, it’s called “Pod Save America.” In a recent episode, the hosts interview President Obama. Early on, Obama mentions the early struggles his administration had with internal communication. He also mentions that he and his team got better at it. His mention of this struggle made me curious as to how he and his team got better. For example: did they read and put into practice ideas from a Patrick Lencioni book? Did they try Basecamp? Was there a scrum master?

Given the above, I also became curious about how the Trump administration is handling project management. Since he appears to be pulling in a lot of people from the business world, they surely have their own solutions for project management. However, what are Trump’s? Anyone know or care to speculate?